A Thousand Sufferings is an Antwerp-based foursome with atypical vocals that started out as a sludge/black metal formation.

The band was founded by long-time friends Timo (drums; Verloren, Vex), Tijl (vocals; FC Cunt, 7sinZ), Nico (bass; FC Cunt, The Mammöths) and PJ (guitars; Vex) in 2013. Shortly after, the band lost their vocalist Tijl in a tragic motorcycle accident. Even though Tijl had been quite prominent in terms of establishing the identity and vibe, and part of that vibe died along with him, the remaining members all felt they had to continue the story, with PJ on vocals.

In 2014, Noctiz (Paragon Impure, Lugubrum) joined in on guitars, and the debut album ‘Burden’ was recorded as a tribute to the lamented frontman. It was released by Satanath Records in 2015. Due to lack of time, Noctiz left the band before they ever got to perform live, though. A worthy replacement was found in guitar builder and enthusiast Jurgen (Xastur), resulting in the current line-up. In 2017, A Thousand Sufferings released independent a live split entitled; “My Temple, My Prison / Capital of Rain” with Belgian comrades of Marche Funèbre on 10” Vinyl.

It took some more time and gigs throughout the whole of Belgium (sharing stages with Urfaust, Lugubrum, Zemial, Alkerdeel and Primordial, to name but a few) But shortly after in 2018 the follow-up album ‘Bleakness’ was recorded and released by the same label. After the second full length album was released, the band started to focus on the next chapter.

During the course of 2019-2020, the 3rd Studio Album was written & recorded which led the band into signing a record deal with Belgian’s very own Immortal Frost Productions. The new Studio Album is set to be released somewhere in Autumn 2021 and is bound to rock some boats and raise a few eyebrows!

All releases by A Thousand Sufferings 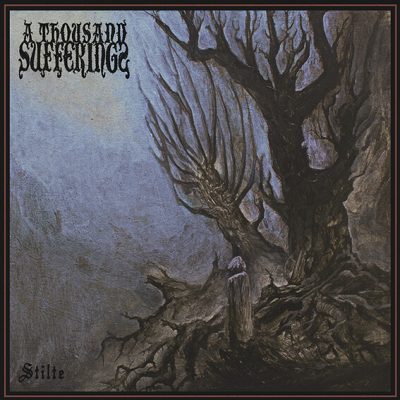