Darkest Mind is a Melodic Black Metal band from Belgium that was founded by Y. in 2011 as a one man band. In the early years a demo called “gates to eternal night” which contained 2 songs and an instrumental was recorded, but never been physical released. Around 2013 Y. asked Glenn to join the band as second guitar player since they were hanging around in the same bar very often. Shortly after both started rehearsing the songs Y. had already written to record the upcoming EP.

In 2015 the band was completely formed when Danny and Hammerman (Fractured Insanity, Gotmoor, ex-Huldrefolk) joined the band for the recordings of the EP entitled: “Break The Circle”, which was self-released at the end of 2015.

In the meantime, the band managed to get a full line up in order to perform live which resulted in them opening at the Unholy Congregation Festival in 2018. After that the band has put their full focus on writing their Debut Full length album which lead them to signing a record deal with Immortal Frost Productions in early 2021. Their Debut Full length album “Oracle of Death” was released on CD & Digtally in December 2021.

All Releases by Darkest Mind 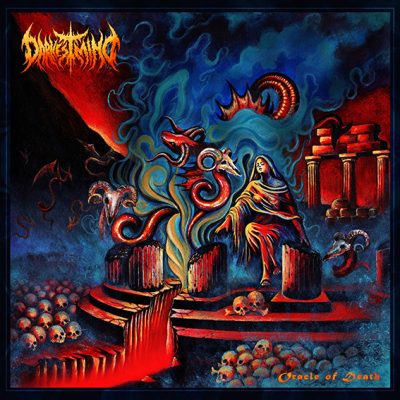