THE STONE is a sinister Black Metal entity from Belgrade, Serbia. Formed in 1996 (previously known as Stone to Flesh), the band has never ceased to embrace the darkness as the primal mark on its artistic shoulders and with plethora of releases, tours and festival appearances under its belt, proved to be one of the strongest and uncompromised musical entities over the past two decades.

“Unveiled Evil” cassette edition represents the first official release by the band which was put out in 1999 by Demonion Productions from Greece. It contains both demo recordings (“Serbian Woods” ’97 & “Killed by the Sun” “98). Debut album “Some Wounds Bleed Forever” was recorded in 1999 and released by CCP Records in 2000. Two years later the band got signed by German Wolfcult/Solistitium Records and released 2nd full-length album “Slovenska krv” which at the same time marked a premiere release under The Stone banner. Meanwhile the band stayed in league with Solistitium for two more releases, extended play record “Tragom Hromoga Vuka”, out in 2003 and “Zakon Velesa”, the 3rd full-length, released in 2004. Not long after that, the band put out its first 7” vinyl EP “Čujete li, smeju nam se mrtvi…” through now-defunct Czech label Eclipse Productions. It was in 2005 when the band inked the pact with Folter Records from Germany and in next 10 years of collaboration four studio albums have been released, respectively “Magla”, “Umro”, “Golet” and “Nekroza”. In 2017 The Stone recorded its eight studio album entitled “Teatar Apsurda” which was delivered to the audience by the guitarist Kozeljnik label, Mizantropeon Records. In 2019 a new chapter in a form of 7” vinyl EP “Kruna praha” was added to the band’s discography and again via Mizantropeon Records.

In early 2020 The Stone signed with Immortal Frost Productions for the release of their 9th full-length album entitled “Kosturnice” which is released on 26th of March 2021 on CD, Vinyl & Digtal.

All Releases by The Stone 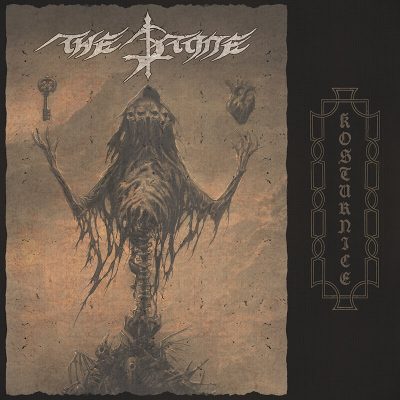