HORIZON… is a Finnish one-man music project with a goal to create an emotional impact to the listener. These emotions comes from the various experimental ambient-soundscapes, inspired by life and personal experiences. Until now, “Horizon…” has created two EPs. The first one, that was recorded in back in 2009, when “Horizon…” was formed, was entitled “Landscapes” and was built on three tracks. This EP was never released, because –S. wasn’t pleased with the complexity and the quality of the tracks.

As the years passed, -S. got more knowledge and skill to produce music and all this resulted in a new EP, “Don’t Let The Time Pass You By” which was finally finished in 2011. The EP consists of five tracks, of which each is an individual artistic expressions of –S. For this release an agreement was made with Immortal Frost Productions.

After releasing his debut, -S. started the recordings of his first full-length album. The processing of an album is a huge task for one man and even though there are already some finished tracks there’s still a lot to be done. This upcoming album, “Longing For The Past”, was originally supposed to be finished between 2011-2012 but it seems like that the process will be delayed quite a bit.

All Releases by Horizon... 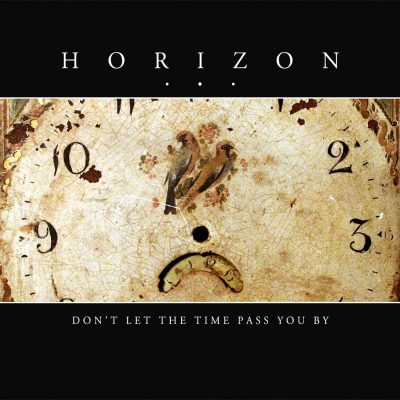